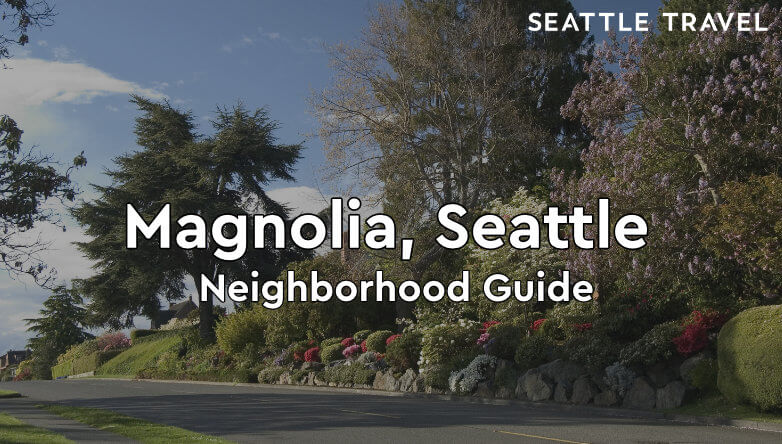 Magnolia is a Seattle neighborhood located on a peninsula that is adjacent to Queen Anne and is surrounded by the Puget Sound. The neighborhood offers a relaxed and laid-back lifestyle despite being located within 3 miles (or 10 minutes) from Downtown Seattle. Magnolia is also a diverse neighborhood, filled with people of various backgrounds

Magnolia is accessible via three bridges that cross Interbay. Notably, Magnolia is surrounded on three sides by water. You’ll find Elliot Bay to the south, Puget Sound to the east, and the Ship Canal to the north. All of the surrounding water ensures that there is no through traffic in the neighborhood, which produces a very quiet and serene aesthetic.

But the lack of through traffic does come with a cost: accessibility. Magnolia is essentially an island. Traveling in and out of Magnolia will require patience because there are only two exits to the community: 15th Ave to the north and Magnolia bridge to the south. These exits create inconvenient choke points that make it more time consuming for residents to leave Magnolia. It also doesn’t help that the neighborhood only features only a handful of shops and restaurants.

Magnolia is extremely tight-knit and even features its own Chamber of Commerce that holds regular community meetings and attempts to improve the neighborhood.

The massive 534-acre Discovery Park makes up around 25% of Magnolia and is Seattle’s largest park. Discovery Park features 12 miles of trails and serves as an access point to the beach. There’s also a surprising amount of wildlife within the park, such as hawks and owls. There are a variety of notable attractions within Discovery Park, like Daybreak Star Indian Cultural Center, Fort Lawton, and the West Point Lighthouse.

Magnolia features a small urban center called The Village. In The Village, you’ll find local pubs, coffee shops, bakeries, grocery stores, and various cuisines like Italian, Japanese, and Thai. There are some basic amenities offered here, like a grocery store and pharmacy. While the Village does offer a few shops and restaurants, many of Magnolia’s residents travel elsewhere for many of their errands.

In Magnolia, there are plenty of different housing options. Along the neighborhood’s borders, you’ll find apartments, townhomes, and condos, while the bulk of the neighborhood is made up of single-family residences. Some of the largest (and most expensive!) homes in Magnolia are larger estates that offer picturesque views of Elliot Bay, Puget Sound, or Downtown Seattle.

While Magnolia is an exclusive and tight-knit neighborhood, there are some downsides. Let’s run through the pros and cons of living in Magnolia: