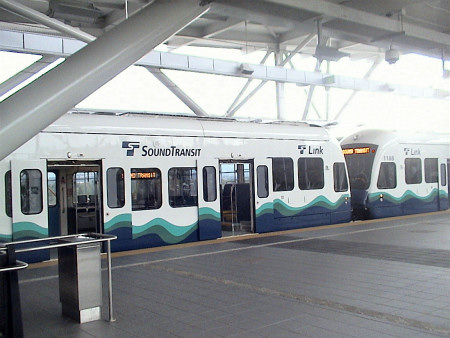 n big cities populated by millions, the biggest problem that any visitor has when trying to get from Point A to Point B is just figuring out how to around. This is especially true in Seattle, and its many freeways, highways, and back roads make it especially difficult to navigate, even if you do live in the area. A Seattle visitor who doesn’t rent a car might be even more confused with a labyrinth of possible bus routes.

For years, it was proposed to have a new form of mass-transit in the Seattle area, one that could take visitors from Sea-Tac International Airport to downtown Seattle without winding through all the side areas of the city that a bus would be required to take. Fortunately, the shortest distance between two points is a straight line, and this is the case of the Central Link Light Rail. This train is really the fastest way to get from Tukwila to Westlake without worrying about traffic and parking. It takes about 38 minutes to travel either way, and the train and is brand new, having opened in July 2009.

Unfortunately, Light Rail does not yet extend to Seattle-Tacoma International Airport. until December 2009. However, there is a free shuttle bus service that will take passengers from the Airport to the Tukwila International Boulevard Station until the airport station does open. This Tukwila station is the southernmost point of the Link Light Rail until then, and Link Light Rail makes several stops along the way to Seattle downtown including (in this order from Tukwila):

Rainier Beach: A neighborhood located in the southeastern corner of Lake Washington.
Othello.

Westlake: Llocation of the Westlake Mall, a popular mall in the heart of Seattle downtown. It is also a station for the Seattle monorail as well as the Seattle Streetcar or “SLUT” (South Lake Union Transit).

Once the link to the airport is completed, Link Light Rail will be one of the best ways for visitors to get around the city. In fact, a user can go to the Sound Transit Web site and go to the “Trip Planner” to see if Link Light Rail can help them with their trip. Not only will it suggest the best places to take the Light Rail, but suggest what buses to take afterward.

As for the cost of the trip, I found that the prices depend on where you are going. A one-way journey from starting point to ending point is $2.50. The price is cheaper for Youth as well as for Senior Citizens, and any child five and under is free. If you want an exact price before you do your trip, here is a link to the transit website. 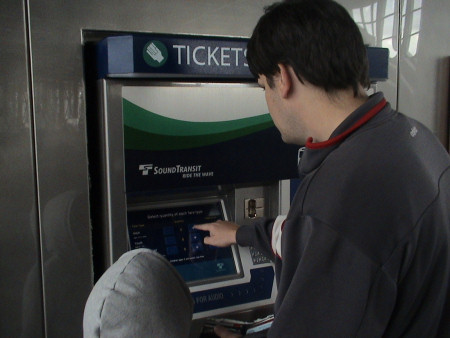 Purchasing tickets at the station is quite easy as the ticket machines are very user-friendly, and the user can select their destination and number of passengers. You can use cash, debit, or credit cards to pay, but you should keep your tickets close to you on your trip. Every once in a while, there will be a ticket person to come around and check them, but that didn’t happen while I was riding. You can also get the ORCA card that allows for riding buses, trains, even ferries.

As for the ride itself, the Link Light Rail can be compared to the BART (Bay Area Rapid Transit) in San Francisco. That is, some of the train goes above ground on its track, and then below ground. After you leave the Tukwila station, a passenger can see I-5 and 405 as you go above rail. Of course, these two freeways are usually backed up during rush hour, so you can see exactly what traffic you are missing.

Beacon Hill is one place where it goes through its first underground station, and by the time you reach the International District, all popular spots after it are completely subterranean. The underground stations are very well-designed with a unique aesthetic, and modern-looking as they are brand-new. The one at Westlake Center was an odd mixture of pastel colors and marble floors.

The Central Link Light Rail is a great way of traveling if you have kids. I took my kids on it, and they rode on it as if it was the latest attraction at Disneyland. Before Beacon Station, when you hit the SODO district, it is possible to see the downtown area, which is an excellent photo opportunity.

Future expansions will go further north to other districts in Seattle including Capitol Hill, the University of Washington, Brooklyn, Roosevelt, to Northgate mall, and further. There are even plans to take the Link Light Rail further west to Mercer Island and on to Microsoft’s Redmond campus.