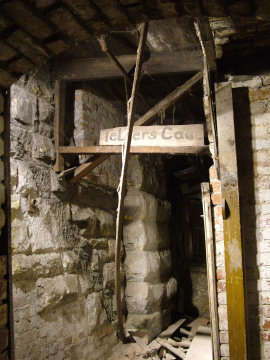 TICKET PRICES AS OF November 2010 (Cash Only) 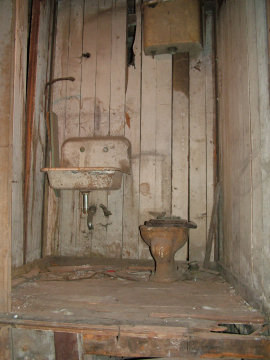 The tour begins at Doc Maynard’s, a restored 1890s public house, then goes underground to visit the abandoned, sunken storefronts of what was once ground-level Pioneer Square. Their well-informed guides recount the role of the modern toilet in Seattle history, the origin of the term Skid Road, and take you to some places where ghosts are said to hang out, all the while telling hilarious stories and recanting Seattle history.

In the olden days, downtown Seattle was chaotic– built on a tidal plain– with very poor drainage.

After the Great Fire in1889, city planners wanted to raise the streets to solve the city’s growing sewage problems, but the downtown building owners, who didn’t want to wait for the city to get to work, rebuilt their buildings at the original level.

Many years later, the city of Seattle raised the streets, leaving sidewalks and entrances as much as 36 feet below street level. For several years, pedestrians clambered up and down between street level and building entrance on ladders, but eventually the building entrances were raised, and the old sidewalks covered over, creating the area called the Seattle Underground.

The preceding content is an editorial review of the Seattle Underground Tour based on editorial information collected by our organization. The tour operator can change prices and schedules, so make sure to call to confirm the most current tour info.