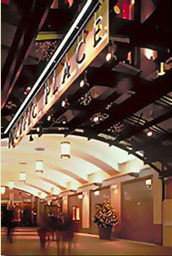 Downtown Seattle shopping is pretty much dominated by national chains, both in and out of the malls. Those with sharp eyes may find some unique boutiques, but for the most part, shopping here isn’t anything different than in most mid size American cities. That said, there is a lot of retail, from Old Navy, to Barneys and Kenneth Cole all grouped together in an easily walked area.

The shopping district is right in the heart of downtown, just a few blocks from most of the big hotels. It consists of two designated malls and a couple shared use buildings, like Rainer Square and the City Centre building, which hold offices as well as shops. The heart of the area is Westlake Park which is on 4th Avenue between Pike Street and Pine Street. The larger shopping district runs from North to South, between Stewart Street and University Street, and from East to West, from Seventh Avenue to Forth Avenue.

Everyone saw images of Seattle’s NikeTown store at Sixth and Pike with its windows smashed in during the WTO meetings in 1999. That was not an example of everyday Seattle. Still, Westlake Park is one of the cities most popular venue’s for protest and all types of political speech. The water fountain is beautiful when turned on, and the city sets up a Christmas carousel here for kids. Many of the gatherings here, however, will have a political edge. Don’t expect to see WTO recreated though. Most protests and demonstrations in Seattle have an orderly edge, and very rarely do we see our police force in riot gear. In fact, the odds that most shoppers and tourists will be inconvenienced by, or even notice anything happening in the park are pretty much zero.

This is Seattle’s newest, and most upscale shopping center. Here you will find all of the 90’s dot com standards; Williams Sonoma, Restoration Hardware, the Pottery Barn, and Tiffany’s, to name a few. There is also a multiplex theater, and quite a few above normal mall standard eateries. The mall has a light and airy feel too it, and can be pleasant place to browse around, especially on a grey day.

This is Nordstrom’s flagship store. Since the Bon Marche sold out to Macy’s and Fredrick and Nelson’s went under, Nordstrom (now a national chain), is Seattle’s only native department store. The 4th floor has a nice cafe, and a bridge to the Pacific Place mall. The second floor is the designer floor – fun to look around, but most women who actually want to buy clothes end up on the third level. Nordstrom went national based on it’s customer service reputation, which is still pretty outstanding, but locals flock here primarily for the shoes. In fact, when the retailer first opened in 1901, it was as a shoe store. No bargains here, but the selection is phenomenal.

Westlake Center was supplanted as a shopping destination when Pacific Place opened. For the first few years after it’s rival to the east opened it seemed to drift, and have a slightly shabby air. That has changed recently. New restaurants and shops have brought some vibrancy back to Westlake. Some stores of note here include; Talbot’s, The Children’s Place and Montblanc. The food court here on the third floor is actually much better than most, and still reasonable and quick. It is very popular with downtown office workers for lunch, so if you want an outside table during the summer, be sure to time your lunch to miss the rush. The food at Bombay Wala Indian Cuisine in particular is highly recommended.

Things are changing at the Bon. Seattle just heard that next year the venerable Bon name will disappear, and we will be left with just Macys. Another death in the world of regional retailing. Still for now, the Bon Macys is a lower priced option to Nordstrom’s, with a lot of the same inventory, and hasn’t quite gone the shopping cart route of it’s parent corporation. Yet. 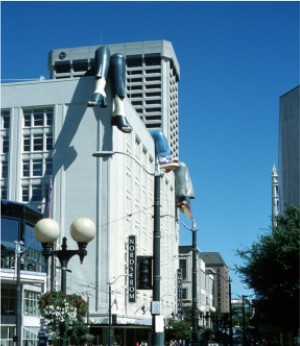 Though technically outside the shopping area proper at the corner of 2nd Ave and Pine, the rack has all the magic of a Filenes’s Basement, without quite the same frenzy as that Boston landmark. Like the Basement, Racks can now be found in many an outlet mall, but the original downtown store still gets a lot of the best stuff, especially when it comes to the designer wear and the shoes. Be patient, be persistent, and be prepared for long lines during the weekday work lunch hour. This is the place where you might pick up a pair of $300 shoes for $54.

In the City Centre building at 5th between Pike and Union.

Fun, open fire bistro kind of place, in a large space. Specializing in Mediterranean and Northwest Cuisine. Mid range prices for downtown, but a great place to relax and refuel.

Other in stops of interest in this building include Barney’s and Ann Taylor.

If you like chocolate, and need revival half way through your shopping trip, don’t miss this stop, attached to the Sheraton hotel. Dilettante’s is one of Seattle’s own Chocolatiers and a must stop if chocolate is important to you. Have a Persian Express and a decadent dessert and some civilized conversation. Dilettante’s is one of the few downtown coffee spots that stays open late into the evening too, so if you need a place for dessert downtown, this is one of your best bets.